Ambiguous genitalia appear as a large clitoris or as a small penis.

Male and female genitals typically include a phallus (the penis in males, clitoris in females) and the urethral opening. There is also labioscrotal tissue: the scrotum in males, the labia majora on females.

During fetal development, the genitals of males and females start from a common structure, and the amount of testosterone present at certain stage during the development causes this structure to follow one of two paths, to become typical male or female genitals.

Variations in the amount of testosterone or the fetal reaction to it during the development of the genitals may cause male genitals to be underdeveloped or feminized, or female genitals to become masculinized with what is known as a "hypertrophic" clitoris or clitoromegaly.

When the male genital is underdeveloped and the meatus is located on the ventral aspect of the penis, rather than the center of the glans, it is called hypospadiac. There are varying degrees with hypospadias, with the more severe ones presenting the urethral opening as a small cloacal opening that looks like a small vagina.

When the female genital is masculinized, the clitoris becomes enlarged looking like a small penis. The urethral opening may even migrate to the glans of the clitoris. In severe cases the vaginal opening may seal.

The degree of virilization of genitalia can be described using the Prader scale A similar scale is used to describe the degree of feminization of the genitals of children with XY chromosomes, the Quigley scale. 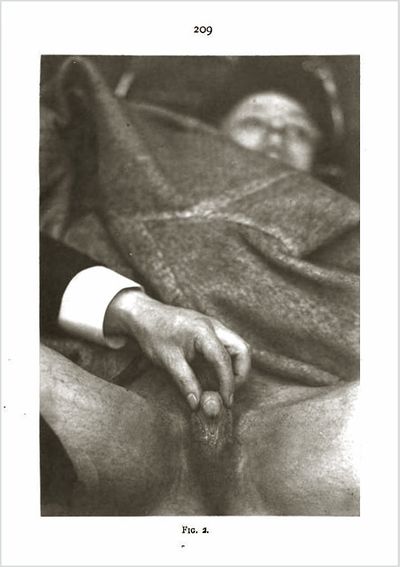