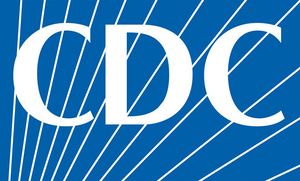 The Centers for Disease Control began to promote male circumcision as a HIV-prevention method as of February 2008.[1] The CDC currently funds mass circumcision campaigns run by BOTUSA and the National Prevention Information Network.[2][3]

On 2 December 2014, the CDC released a proposed guideline for counseling male patients and parents regarding male circumcision and the prevention of HIV infection, STIs and other health outcomes. The proposed guidelines seem to be in line with the AAP's Policy Statement of 2012 and also includes considerations for counseling of adolescents and adults in accordance with their HIV risk behavior, HIV status, sexual preferences and other factors. While the media tried to present these guidelines as an immediate endorsement of circumcision, the guidelines are far from recommending universal circumcision and in fact acknowledge that neonatal circumcision presents ethical concerns over the violation of autonomy. Read our analysis of the guidelines our analysis of the guidelines

On 15 June 2011, the OIG published a report critical of the CDC's failure to oversee recipients’ use of President’s Emergency Plan for AIDS Relief (PEPFAR) funds.[4] The report read in part:

On 5 June 2012, the OIG published a report identifying vulnerabilities in vaccine management in the CDC's domestic 'Vaccines for Children' (VFC) program.[5] The report read in part:

On 19 November 2012, the OIG published a report critical of the CDC Namibia Office's failure to properly monitor recipients' use of PEPFAR funds[6]. The report read in part:

On 12 February 2013, the OIG published a report critical of the CDC South Africa Office's failure to properly monitor recipients' use of PEPFAR funds[7]. The report read in part:

From "Spotlight on... Grants Management and Oversight" published by the OIG on 4 February 2013:[8]