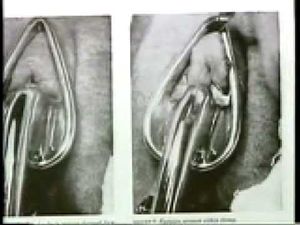 History of female circumcision in the west

Female genital cutting (FGC) shares a strikingly similar history to male circumcision in Western medicine, being offered as a way to curb sexual activity, which was thought to cause disease.[1][2][3][4][5][6][7] In the US, female genital cutting was covered by Blue Shield until 1977. Today all forms of FGM are considered female genital mutilation (FGM), which are banned in all western countries.

On April 26, 2010, the AAP changed its long-held stance of female genital cutting.[8] In their report, chiefly authored by Dena Davis, a professor at Cleveland-Marshall College of Law at Cleveland State University,[8] the AAP advised doctors to inform families that the procedure is medically unnecessary and even dangerous.[8] The AAP raised the idea of legalizing a less-severe ritual cutting, which they compared to an ear piercing,[8][9] the reasoning being that female circumcision had symbolic or ceremonial aspects for many parents,[9] and offering a "ritual nick" might dissuade parents that were resolute, from sending their daughters to their home countries,[8] thereby avoiding greater harm.[8] The AAP had deviated from a much more forceful statement published in 1998, which unequivocally condemned FGC in any form.[9]

The Girls Protection Act, which would make it illegal to take a minor outside the U.S. to seek female circumcision, was introduced in Congress on the same day the AAP published its new recommendation.[8] New York Representative Joseph Crowley, one of the bill's sponsors, condemned the AAP's move as "the wrong step forward on how best to protect young women and girls" by creating confusion about the acceptability of FGM in any form.[8] Davis of the AAP countered that such a law would be difficult to enforce.[8]

The AAP's endorsement of a "ritual nick" sparked a backlash[9] which was swift and universally negative. The AAP's recommendation had been perceived by many as a tacit endorsement of the "ritual nick," and an effort to appease parents who threatened to subject their daughters to worse procedures.[9] In short, the AAP was forced to retract its endorsement, and on May 1, Judith Palfrey, President of the AAP, released a statement that read in part, “the AAP does not endorse the practice of offering a ‘clitoral nick’. This minimal pinprick is forbidden under federal law and the AAP does not recommend it to its members.”[9] Palfrey reiterated this stance in an interview with The Lancet, saying “we want to make it clear to the international community we are opposed to any form of female genital cutting, and that includes the ritual nick.”[9] The AAP has since withdrawn the committee's report and has rewritten it completely.[9]

FGC consists of several distinct procedures. Their severity is often viewed as dependent on how much genital tissue is cut away. The WHO — which uses the term Female Genital Mutilation (FGM) — divides the procedure into four major types[10] (see Diagram 1), although there is some debate as to whether all common forms of FGM fit into these four categories, as well as issues with the reliability of reported data.[11] 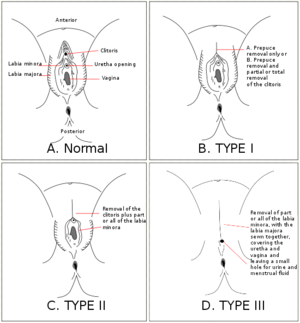 Diagram 1:This image shows the different types of FGM and how they differ to the intact female anatomy.

The WHO defines Type III FGM as narrowing of the vaginal orifice with creation of a covering seal by cutting and repositioning the labia minora and/or the labia majora, with or without excision of the clitoris (infibulation)."[12] It is the most extensive form of FGM, and accounts for about 10% of all FGM procedures described from Africa.[13] Infibulation is also known as "pharaonic circumcision".[14]

There are other forms of FGM, collectively referred to as Type IV, that may not involve tissue removal. The WHO defines Type IV FGM as "all other harmful procedures to the female genitalia for non-medical purposes, for example, pricking, piercing, incising, scraping and cauterization."[10] This includes a diverse range of practices, such as pricking the clitoris with needles, burning or scarring the genitals as well as ripping or tearing of the vagina.[10]