Prevalence is the percentage of all males (all ages) in a population who have been circumcised. It does not indicate the present rate (incidence) of circumcision.

This large-scale world map breaks down the prevalence of circumcision by state in Australia and the United States; and by province in Canada. It is the best one available. 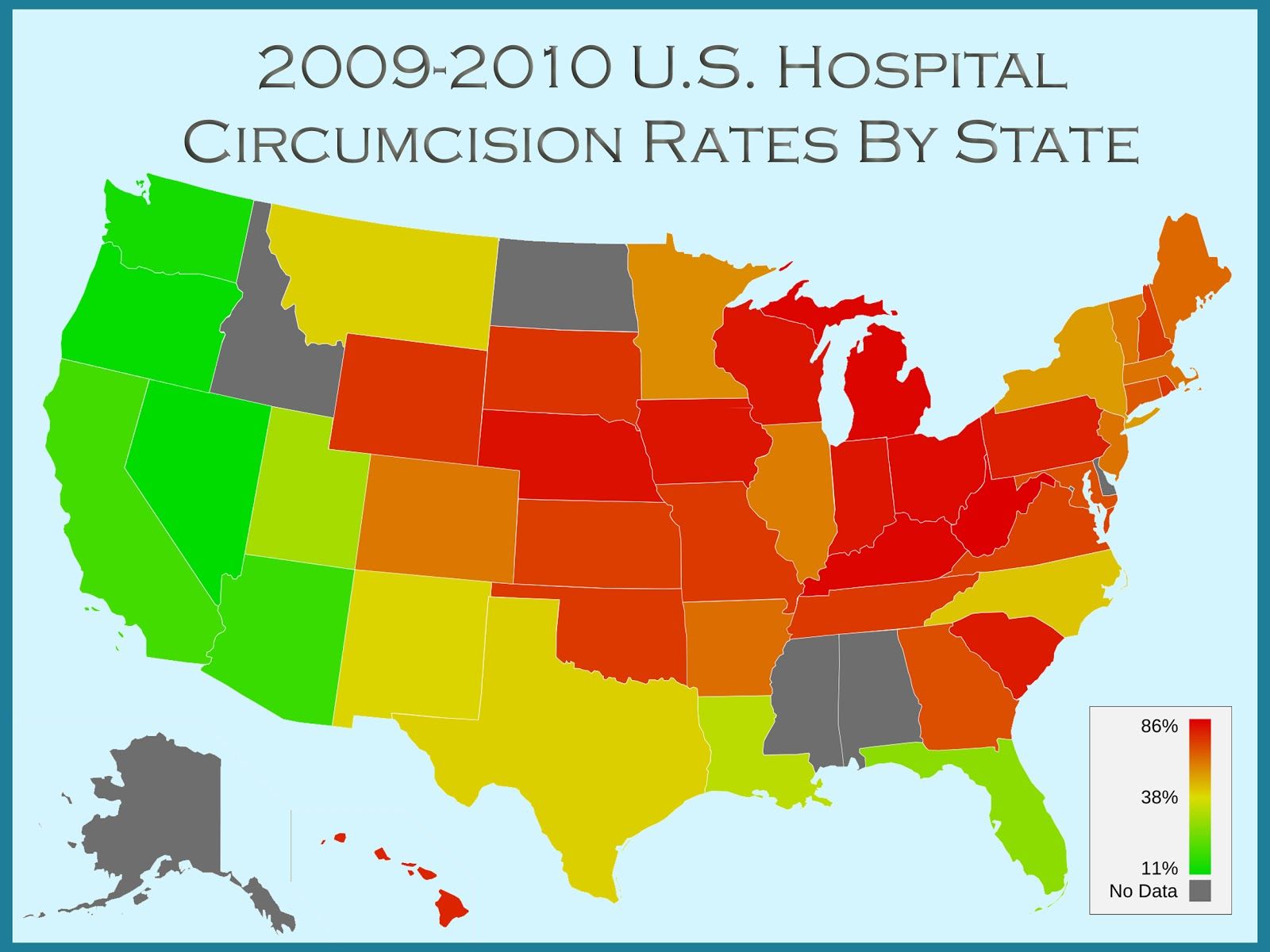 The Congress of the United States of America created the Medicaid program in 1965 to provide medical care for lower income people. At that time, based on archaic medical data, it was falsely believed that circumcision would prevent penile cancer. Medicaid generally covered non-therapeutic circumcision for that reason. Although Medicaid is a federal mandated program, it is administered by the 50 individual states, which have some options on what services they choose to cover. Circumcision of the newborn is a non-therapeutic surgery, so eighteen states (36%} have elected to discontinue payments for such circumcisions. This map, provided by courtesy of Circumstitions - The Intactivism Pages depicts in baby boy blue the states which protect boys by refusing to pay for an injurious non-therapeutic amputation of penile tissue. The states where Medicaid still pays for the outmoded operation are depicted in red to indicate the increased danger to boys.

Adler (2011) has argued strongly that Medicaid payments for non-therapeutic circumcision is unlawful.[2]