(Un-covered! Circumcision of boys - just a little snip?
- Affected ones speak out about - pain - loss - shame)

In this book, for the first time ever in German, affected men are talking about their ""cut"" foreskin, which was effectivly an amputation. They talk openly and honestly about the negative consequences that they suffer. Consequences affecting them both physically, mentally and sexually. 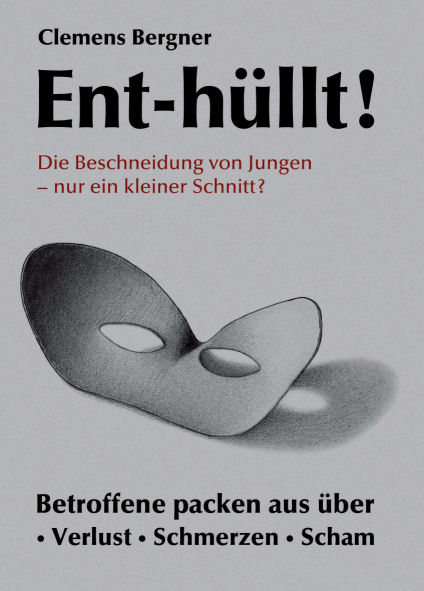