Feminism and genital integrity is based on the fundamental principle of human rights that everyone, without exception, has the same human rights. The Universal Declaration of Human Rights (1948) declares:

All human beings are born free and equal in dignity and rights. They are endowed with reason and conscience and should act towards one another in a spirit of brotherhood.[1] 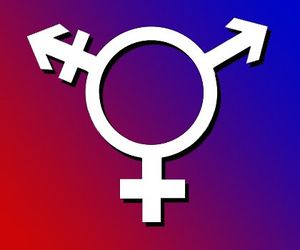 Equal rights for all sexes

For the past three decades, women’s studies has emerged as a legitimate discipline after the demand that academia be more inclusive of women’s issues. Women’s studies is interdisciplinary in scope and utilizes theory in an attempt to analyze the conditions of women’s lives by putting women at the center of inquiry and by asking questions about privilege and oppression, and the outcomes of power and domination.

Feminists around the world have addressed their concern about genital surgeries imposed on women and girls and yet hardly any analysis of male circumcision has been addressed.[2] An “intactivist” movement, which criticizes all forms of genital cutting, has substantially increased over the past thirty years. While attempts have been made to address the intellectual disconnect between female and male circumcision, feminists have focused solely on the intense opposition to female circumcision, and left the issue of male circumcision to uncharted terrain,[2] however Article 3 of the UDHR proclaims:

Everyone has the right to life, liberty and the security of person.[1]

Collins (2013) reports that security of the person "includes both physical and psychological integrity".[3]

The principle of equality requires that feminists who desire rights for women must also support those same rights for men or, in the alternative, deny them to women.

People come to feminist theory as a persons in need. (Bell Hooks, 1994). People look for a framework from which they could better understand their experiences, and how they relate to larger systems of stratification. Theory is a way to “grasp what is happening around and within” us. In a most simplistic understanding, feminism utilizes theory in ways “to end sexism, sexist exploitation, and oppression” (Hooks, 2000). Feminism is relevant to everyone, suggesting that all sexist thinking and action is the problem, regardless if the perpetrators are male or female (Hooks, 2000). Feminist theory calls into question the “most basic assumptions about our existence,” (Barbara Smith 1979), which perpetuate power relationships in “all levels of human identity and action.”

Feminist theory, is important to women as well as men, as it offers a better way of living. Feminist theory is a tangible and useful approach to social change. Without this relevance to our lives, theory is esoteric and utterly worthless.

Feminists attempt to secure the right to choice for women and girls. Feminism is supposed to offer change for women and men, and a way to conceptualize sexism and injustices with an objective to resist and combat these phenomena. Men are silenced and invalidated while feminism belittles their experiences as victims of male genital mutilation by not extending the same articulations of this gendered practice as it has for women.

The origin of feminist theory lies in a vision for change. Among the vision is securing choice that will better women’s lives. Male circumcision should also be questioned and awareness should be raised of the benefits of intact genitalia, as well as appreciation for the intact body as natural and beautiful.[2] These two philosophies seem to contradict each other, because intactivism calls for choice and protection from unwanted genital surgeries, regardless of gender; and feminism seems to only be interested in securing choice for females. It is a double-standard against boys and men and feminists need to reconsider.

Feminism is very relevant to this issue. Both the feminist and intactivist movements disrupt dominant discourses that are taken for granted, the most basic assumptions of the ways in which our society functions. These discourses articulate meanings of sexuality, health, and reproduction, and as with the discourses surrounding female sexuality, they can be damaging to women. The discourses that surround males are damaging to their sexuality and their bodies, as they promote genital surgery that amputates the epicenter of their pleasure and sensation, and that rids their genitals of protection, denying the the same right of body ownership that Americans ethnocentrically secure for females.[2] According to feminism, men benefit most from gender privilege, but they are also oppressed and victimized by its ideologies and by sexist exploitation. If gender inequality exists against males whereby we are marginalized and their lives are jeopardized, why wouldn’t feminism offer critical analyses for positive social change as intended to better women’s lives by eradicating all forms of sexism?

In fact, feminism does recognize the ideologies surrounding genital surgeries and theorists work to articulate the knowledge produced about circumcision on women and girls. Specifically, the feminist movement has been instrumental in securing the right to body ownership for females as well as bodily integrity and respect. However, feminism has failed to look at genital surgeries across the gender spectrum by realizing that circumcision of males is not exempt from these ideologies.[2] The same valuation, respect, and appreciation must be extended to boys and men. Males are entitled to the same beliefs and the legal protection from involuntary genital surgeries as females.[1]

Chiefly, the concern is choice; that, feminism offers choice for women in order to improve the conditions under which women live. Reproductive rights rest on this understanding; that choice must be secured for women if women’s lives have any value. “If feminism is a movement to end sexist oppression,” argues Hooks, “and depriving females of reproductive rights is a form of sexist oppression, then one cannot be anti-choice and be feminist” (Hooks, 2000). If feminism promotes choice for the end result of empowering women’s lives via methods to demand positive social change, then advancing society by ending sexist oppression in its entirety should be envisioned. To systematically deny a male child the right to intact genitalia on the grounds of any justification forbids him the choice to decide the outcomes of his body. To legally prohibit the removal of any part of a girl’s body without her informed consent regardless of any reason or justification, and yet, to subject a boy to genital cutting, is inherently sex discrimination and prohibited by international human rights law.[4]

In retrospect, the genital autonomy movement is about securing the right of bodily ownership. Children should be able to decide the outcomes of their bodies after being soundly aware of the minor prophylactic benefits amidst the great sacrifices that the ritual of circumcision inevitably requires.[5] From the movement come appreciation, respect, and valuation of the intact body, its beauty, and its incomparable worth, whether female or male.[2] The advocacy for knowledge of the male sexual organ helps to dispel myths about the body and male sexuality, as does knowledge about the female sexual organ help to dispel the myths that are used to perpetuate female circumcision. Available resources allow for an informed decision on peaceful parenting based on awareness and education as opposed to common inaccurate and misleading beliefs that can otherwise promote damage to the male body or cause unreasonable guilt for protecting boys from the damages of non-therapeutic circumcision. To be consistent, feminism must envision choice for all and to scrutinize the discourses surrounding circumcision built on foundations of power and domination that are evident in systematic amputation of normal, healthy, and functioning tissue without consent of the patient.[2]