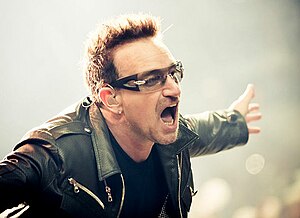 Bono of the band U2 promotes circumcision as HIV prevention.[1]

Note: Bono holds no medical credentials of any kind. He is neither a doctor, surgeon, urologist, nor epidemiologist.

September 2021 saw the publication of two huge population studies on the relationship of circumcision and HIV infection:

No association between lack of circumcision and risk of HIV infection was found by either study. There now is credible evidence that the massive, expensive African circumcision programs have not been effective in preventing HIV infection.