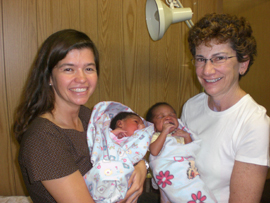 Dr. Rebeca Plank is a Harvard researcher who was involved in three studies, sponsored by the Harvard School of Public Health and Daniel Halperin.

She was interviewed by Harvard's School of Public Health's AIDS Initiative Newsletter in 2010.

Notably, the words "Feasibility" and "Safety" were omitted from the 2010 publication's final title.

Much of her work seems to be oriented to make infant circumcision acceptable in Botswana, even though the WHO's circumcision programs were originally guided to voluntary circumcision (adults) and the World's Health Organization manual for infant circumcision recognizes that "A concern about early infant male circumcision is that the child cannot give informed consent for the procedure. Moreover, some of the health benefits, including reducing the risk of HIV infection, will not be realized until many years later when the person becomes sexually active. If circumcision is postponed until an older age the patient can evaluate the risks and benefits and consent to the procedure himself."[2]

Deaths during the Mogen vs. Plastibell trial

302 healthy male babies where randomly assigned to Mogen and Plastibell. 155 were assigned to the Mogen clamp, but two of them were not circumcised due to fever. 147 were assigned to Plastibell and circumcised. The trial concluded that "NMC can be performed in Botswana with a low rate of adverse events and high parental satisfaction. Although the risk of migration and retention of the Plastibell is small, the Mogen clamp may be safer for NMC in regions where immediate emergent medical attention is not available."