The Measure of His Grief

The Measure of His Grief is a novel by Lisa Braver Moss, published in 2010. It was the first novel ever to explore Jewish circumcision. 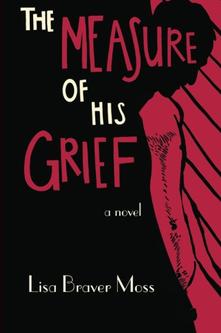 The novel weaves medical and religious information into the compelling story of Dr. Sandy Waldman, a Jewish physician in Berkeley who finds himself waging a campaign against the one Jewish tradition that’s still observed even in the most iconoclastic of towns and among the most assimilated of Jews: circumcision.

The son of Holocaust survivors, Sandy cannot turn his back on his heritage; he must find a way to reconcile his anti-circumcision stand with his Jewish identity. But the more Sandy learns, the more startled he is by what he finds: the tissue lost to circumcision is highly erogenous; circumcisions as practiced today are far more radical than they were in Biblical times; and around the world, tens of thousands of men are currently engaged in the astonishing, but under-reported, enterprise of foreskin "restoration".

Lisa Braver Moss is the author of Celebrating Family: Our Lifelong Bonds with Parents and Siblings and co-author of The Mother's Companion: A Comforting Guide to the Early Years of Motherhood. Her work has appeared in the Huffington Post, Tikkun, Parents, and the San Francisco Chronicle, among other publications. Her collection of short essays, "I'm Not Impressed," can be found on the blog http://lisabravermoss.wordpress.com. A native of Berkeley, California, Lisa still lives in the area. The Measure of His Grief is her first novel.

In The Measure of His Grief, a Berkeley Jewish physician wages a campaign against infant circumcision-and becomes more deeply committed to Judaism in the process. Dr. Sandor ("Sandy") Waldman, perceptive but nutty, self-absorbed but a visionary, fails to grasp the extent to which he's risking his marriage and career as he lives and breathes the circumcision controversy.

As the story opens, Sandy's father, a Holocaust survivor, has died, and during the ritual mourning prayers, Sandy experiences an intense groin pain for which he can find no explanation. So begins a chain of events that will find Sandy engaging in provocative dialogue with everyone from self-congratulatory Bay Area forward-thinkers to hard-line religious and medical traditionalists.

Told from alternating viewpoints, the story also follows Sandy's wife, Ruth, an innovative nutritionist and cookbook author, and their adopted daughter, Amy, feisty yet not quite sure-footed at nineteen. Ruth feels shut out by Sandy's newfound avoidance of sex and inability to face his grief. She secretly indulges the attentions of a surprising admirer, and initiates a marital separation.

Amy, annoyed by Sandy's clueless attempts to guide and protect her, appreciates his radicalism. But she must separate from both her parents-and grapple with a bid for contact from her incarcerated birth father-in order to move forward with her life.

Meanwhile, Sandy delves into Jewish study, seeking to reconcile his iconoclasm within Judaism. Certain he has the moral high ground about circumcision and everything else, he jeopardizes his status as the heir-apparent for Chief of Medicine at his HMO, and feeds into undercurrents of anti-Semitism around him. Sandy is appalled-yet intrigued-by a curious online discovery: a local support group for men "restoring" their foreskins. Could this be Sandy's ticket to redemption-his way to win back Ruth, regain his equilibrium, come to terms with his heritage?