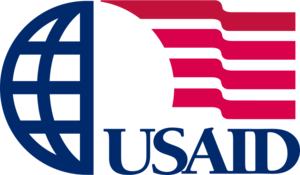 In a February 2009 report produced by USAID, a U.S. government agency, researchers found that circumcised men were more likely to have HIV in 10 of 18 (African) countries with data available.[1] The report found condom use, not circumcision, to be correlated with HIV status. Despite this report, USAID is listed as a contributing partner and a sponsor for the "Clearinghouse on Male Circumcision for HIV Prevention."[2][3]

In November 2010, USAID issued a "technical brief" on male circumcision as HIV prevention. In the report, USAID states that it is supporting Swaziland's "Accelerated Saturation Initiative" for circumcision by providing "implementation support together with the [U.S.] Department of Defense, the Peace Corps, and the U.S. Centers for Disease Control and Prevention (CDC)." The report goes on to say that USAID, along with UNAIDS, is providing technical and financial assistance in the studying circumcision programs in 14 African countries.[8]

USAID's support of what they call the "Voluntary Medical Male Circumcision Program: VMMC" also focused on Kenya.[9] USAID funded a VMMC based circumcision campaign propaganda video to air on television in South Africa.[10]

No Clear Pattern of Association

A USAID-funded organization called "C-Change" in Kenya is supporting "Male Circumcision Communication Toolkits" with the stated goal of "Creating demand for VMMC (circumcision)" and "facilitating a scale-up of materials" and capacity to perform more circumcisions from the government of Kenya. One of the ways C-Change is creating demand is by spreading information stating that "VMMC" prevents STI's.[12][13]

One issue of C-Change's publication included a study measuring media coverage of circumcision as HIV prevention and strategies for keeping media reports positive.[14]

In September 2010, USAID, funded by the U.S. President's Emergency Plan for AIDS Relief program, along with a partner, also donated 5,000 male circumcision kits to Zimbabwe.[15]