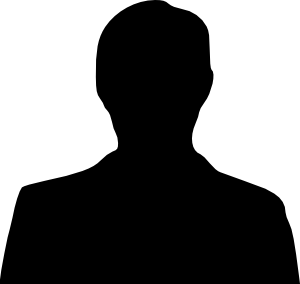 Aaron J. Fink, M.D.[a 1], (23 June 1926 in Chicago, Cook County, IL, USA – 5 February 1992 in Colma, San Mateo County, CA, USA[1]) was a California urologist, who is believed to have been circumcised on the eighth day of life, and the father of the idea that circumcision could prevent AIDS. He came up with the idea in 1986,[2] and vehemently promoted it,[3] long before there was any "research" to prove it. Valiere Alcena has stated that Fink's assertions "was based on my [Alcena's] idea".[4]

According to Fink's son-in-law, Fink had a son who had a botched circumcision and corrective surgery, and then died at the age of four-years due to a brain tumour. Fink spent the rest of his life trying to justify his son's circumcision and the pain that he endured during the four years of his life.[5]

The birth of the circumcision & HIV hypothesis

Fink's letter: In defense of circumcision

During the 1980s, some physicians were condemning circumcision as "barbaric and unnecessary," and only "advocated by the uninformed." In 1986, Blue Shield providers in several states decided to discontinue coverage of neonatal circumcision. In reaction to this, Fink sent a manifesto entitled "In Defense of Circumcision" to the New York Times and the San Francisco Chronicle, repeating antiquated claims of benefits; many of which weren't even published.[6]

Another letter: The HIV/AIDS hypothesis

In 1986, Fink sent a letter — "A possible Explanation for Heterosexual Male Infection with AIDS," where he argued that the hard and toughened glans of the circumcised male resisted infection, while the soft and sensitive foreskin and glans mucosa of the intact male were ports of entry.[7] Fink proposed in his letter: "I suspect that men in the United States, who, as compared with those in Africa and elsewhere, have had less acquisition of AIDS, have benefited from the high rate of newborn circumcision in the United States," regardless of the fact that the United States has one of the highest circumcision rates, and one of the highest HIV rates, in the western (industrialized) world (compare with European countries, Canda, and Australia).[8]

Fink's proposal appeared in media throughout the United States and Canada. Asked about his idea by a United Press reporter, Fink replied "This is nothing I can prove."[9] This didn't stop other physicians from conducting "research" leading to a steady stream of widely publicized articles arguing that circumcised men were less likely to contract HIV — with the result that prevention of HIV infection has now surpassed even cancer prevention as the most popular claim of circumcision advocates.

Fink repeated his argument in a small book on circumcision, Circumcision: A parent's Decision for Life, addressed to parents and published in 1988.[10] The focus was on sexually transmitted diseases, which Fink declared to be "no longer a matter of morals but an issue of life or death." Defeating the threat, he informed prospective parents, and called for immediate action: "The facts now point to circumcision, cutting off the [[[foreskin]], as a life-sparing path to public and personal health." And lest anyone doubt the urgency of the situation, he added the questions likely to generate unease among the skeptics and human right proponents:

According to Fink, if his book were to "provide the knowledge and insight that might save even one life from the tragedy of AIDS the effort was worthwhile." Since one of the book's seven chapters was entitled "Preventing AIDS: Another Benefit of Newborn Circumcision," the average reader might have concluded that this was fact and not superstition.[9]

In 1987, Fink filed a resolution entitled "Newborn Circumcision as a Public Health Measure" with the California Medical Association, saying that "it has been recently hypothesized that a circumcision, preferably in the newborn period, may lessen the acquisition, and in turn, the spread of AIDS, a sexually transmitted disease." The association's advisory panels on pediatrics and urology concluded that the arguments for adoption were "not sufficiently convincing"; and although one panel stood by circumcision as an "acceptable preventive health measure," both panels recommended against the adoption of the resolution. The association's Scientific Board declined endorsement, and the resolution was not adopted.[11]

In 1988, Fink repeated the resolution with a new paper of the same title, but much lengthier. The Scientific Board recommended against the adoption, but the resolution passed by voice vote.[12] In 1989, John W. Hardebeck presented a counter resolution entitled "Newborn Circumcision: Medical Necessity or Useless Mutilation?" stating that newborn circumcision "is a procedure without factual, demonstrable, supportable medical indications in the overwhelming majority of cases," and that "most medical authorities worldwide feel that newborn males have a right to remain 'intact' except in rare instances." This was rejected.[13][14]

In response to the controversy surrounding the Fink's resolution, and Hardebeck's attempt to counteract it, a group of circumcision opponents held a conference in a hotel across the street from the one housing the medical meeting. The conference organizer was the nation's leading opponent of infant circumcision: Marilyn F. Milos. the founder and director of the National Organization of Circumcision Information Resource Centers (NOCIRC).[15][16][14] The three-day conference, labeled the First International Symposium on Circumcision, was so successful that six more symposia, resulting to date in publication of four volumes based on the proceedings, have been held since then, in locations as diverse as Lausanne, Oxford and Sidney.[17][18][19][20] It could be said that Fink unintentionally created a vigorous new expression of opposition to circumcision.

Fink sent a letter to the British Medical Journal, prompting two hostile replies, both from Leeds physicians.[21][22] In 1991 Fink wrote another letter, claiming infants have no memory of painful events until age six months or older.[23] He died in 1994, but the campaign to link HIV infection to the foreskin continues to this day.