Where a source seeks to convince by a claim of authority or by personal observation, it is generally well accepted that an "authority" needs to be objective and impartial, and that an audience can only evaluate information from a source if they know about conflicts of interest that may affect the objectivity of the source.

There are three primary factors that may cause somebody to have a bias in favor circumcision; culture, religion, and personal experience.

Circumcision has been near-universal in the United States, Israel, the Philippines, and most Muslim nations. Circumcision is also considered a rite of passage in some African tribes. In these societies, a man who has not been circumcised is often considered to be inferior, and in some cases, a social outcast, so there is a strong incentive to circumcise one's self and/or one's children.

Circumcision practices are largely culturally determined and as a result there are strong beliefs and opinions surrounding its practice. It is important to acknowledge that researchers' personal biases and the dominant circumcision practices of their respective countries may influence their interpretation of findings.[2]

Because the United States circumcises so many of its male infants, circumcision is often said to be an American cultural value, and it is accepted as “normal.” Cultural bias on this issue may be most obvious when considering the practice of female circumcision in Africa. Americans regard the practice with horror, the way Europeans, who do not cut the genitals of male or females, regard American circumcision.[3]

Another factor that plays a role in instilling bias in favor of circumcision in America is the local media. American television and theater usually treats the presence of the foreskin with ridicule and disdain, and praises circumcision as "clean" and "healthy," and news outlets are always ready to publish the latest "study" (usually conducted by American "researchers") that shows circumcision might have some kind of "benefit". Editors typically treat the American Academy of Pediatrics as a neutral authority, when in fact it is a financially biased trade association seeking to advance the incomes of its fellows. Editors may also believe that American audiences, who already believe circumcision is beneficial, will want to read stories reinforcing their cultural assumptions. By contrast, a study showing no benefit (or even negative findings), may not be considered "news" by editors if their audience is expected to have little interest. Tabloid-type media especially may not want anything other than simplistic stories. Discussions carefully evaluating the validity of conflicting findings may be off-puttingly complex and not especially interesting to the reader who already believes circumcision as healthy, and see no need for further debate. These stories therefore might be less likely to be published.

American researchers who have written studies critical of male circumcision usually have had to publish in the foreign medical literature. The journal Pediatrics, published by the American Academy of Pediatrics, is noted for its publication of articles with a favorable view of non-therapeutic neonatal circumcision. 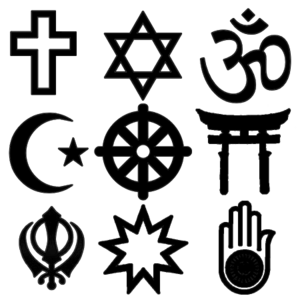 Cultural or religious importance to circumcision may pre-dispose one to view the practice of circumcision in a positive light, to welcome evidence that it is medically beneficial, perhaps even necessary or required, and to dismiss arguments and research to the contrary.

Circumcision is an important, often indispensable religious custom for many religious people, and attempts to question its propriety are often seen as blasphemous. Yet, there is a recognition that medical validity is important to maintain justification for the surgery.

Although physicians may act with what they consider to be sound medical judgement, some Jewish physicians may be influenced also by non-medical consideration. Cultural background of many Jewish circumcision advocates predisposes them to view the practice in a positive light, to welcome evidence that the most particular and problematic religious custom of their people is medically beneficial, and to dismiss arguments to the contrary. The presence of a large and influential population of Jewish physicians in this country, their concentration in leading centers of research and publication, and their remarkably active participation in the century-long debate on circumcision seems too obvious and too significant to be rejected out of hand, or worse, to be avoided because it might be wrongly interpreted as gratuitous defamation.[10] According to a MEDLINE search, the late Edgar J. Schoen, a strong Jewish advocate, was published 20 times in the medical literature on the subject of circumcision.

Circumcision discourse and the Jewish presence

According to the AAP Circumcision Policy Statement of 1999, in regards to infant circumcision, "It is legitimate for parents to take into account cultural, religious, and ethnic traditions, in addition to the medical factors." Furthermore, "parents of all male infants should be given accurate and unbiased information and be provided the opportunity to discuss this decision," and that they should "should not be coerced by medical professionals to make this choice."[11]

The AAP puts physicians in a difficult position; on the one hand, they should be giving accurate and unbiased information to parents, but on the other, providing any information discouraging circumcision would put doctors in a position of attacking religious belief. This suggests that religion may be a factor that inhibits the full disclosure of medical information and medical views on circumcision and that American discussion or questioning of the issue is affected by the Jewish presence. Therefore, the creators of this wiki believe that mentioning religious affiliation is relevant to assessing potential bias when it comes to the subject of circumcision.

Although circumcision is never mentioned in the Qur'an, male circumcision is deeply rooted in the Muslim tradition. Muhammad is reported to have prescribed cutting the foreskin as a fitrah, a measure of personal cleanliness. Modern Muslims see circumcision as essential to their faith, although they have also come to lean on arguments of "medical benefits." A conference of Islamic scholars in 1987 stated that modern circumcision studies “[reflect] the wisdom of the Islamic statements”.[12]

Advocates of circumcision may claim there is an "anti-circumcision bias" in research and in public health policy. They support their claim only with their judgment that substantial medical evidence favors their view.[13] It is significant that circumcision advocates never offer any rationale or research to explain why someone would have an anti-circumcision bias and why, for example, some circumcised men, Jews, and doctors who performed routine (non-therapeutic) circumcisions (and stopped) would adopt a position opposing circumcision that is not evidence-based.[14]

It is very easy to make the claim that opponents of circumcision have an "anti-circumcision bias." When determining bias, it is important to do so considering the greater scope of medicine. Usually, medicine aims to cure or prevent disease placing primacy in the preservation of the integrity of the human body; surgery and/or the amputation or extraction of body parts is usually reserved as a very last resort, when there is a medical condition present that necessitates it, and when all other methods of treatment have failed.

The creators of this wiki believe that wanting to prevent disease while preserving the integrity of the human body is a perfectly acceptable, even preferred bias to have in medical research, if it could even be called that.