In 1987, Schoen was appointed head of the Task Force on Circumcision by the American Academy of Pediatrics,[3] where he pushed for "routine" (meaning without medical indication), non-therapeutic infant circumcision, but the neonatologists on Schoen's committee wouldn't go for it. According to Schoen, not performing circumcision would be "taking us back to nineteenth-century medicine on the eve of the 21st century," and that circumcision will prevent "dermatological problems".[4] Schoen associates with the Gilgal Society.[5]

Schoen was the chair of the 1989 AAP task force on circumcision, which studied available data to consider recommending circumcision to parents. Schoen seized on very poor articles with methodological flaws by fellow circumfetisher Thomas E. Wiswell to advocate circumcision. The task force concluded that "Newborn circumcision has potential medical benefits and advantages as well as disadvantages and risks".[6] (Potential means to exist in possibility but not in actuality, so a potential benefit is not a real benefit.) This was despite their own admission that evidence linking circumcision to prevention of any diseases was inconclusive, with the sole exception of penile cancer (which they noted was mainly caused by unhealthy lifestyles). Given Schoen's history of circumcision advocacy and his position as task force chair, he may have influenced the committee significantly. While the statement spoke glowingly of circumcision, it made no formal recommendation for circumcision, perhaps on advice of counsel.

The 1989 AAP circumcision statement was not well received. Professor Ronald Poland, M. D., another member of the AAP task force, rejected Schoen's advocacy of non-therapeutic circumcision and published his own paper in which he argued against circumcision.[7] 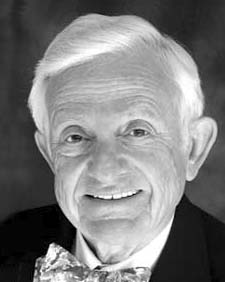