From IntactiWiki
(Redirected from Marilyn F. Milos)
Jump to navigation Jump to search 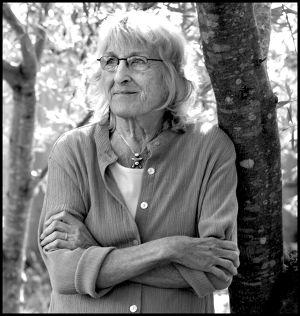 Marilyn Fayre Milos, RN[a 1], (born 22 March 1940), who has championed the rights of infants and children to bodily integrity and genital autonomy since witnessing circumcision as a nursing student in 1979, spoke at the WWDOGA in 2015. She has studied at the College of Marin.

Born in San Mateo, California, and professionally trained as a Registered Nurse at the College of Marin's School of Nursing, Milos started campaigning against elective non-therapeutic circumcision of baby boys when, as a nursing student in 1979, she witnessed the circumcision of a newborn baby boy. It was the moment she realized that her doctor had lied to her about what would happen to her own sons behind closed doors. Once she researched the issue and realized that most of the world's males are not circumcised, the important functions of the foreskin, and the harmful consequences of inflicting pain and trauma on a newborn baby, she began giving parents accurate information about circumcision. She was told to keep her mouth shut and, in 1985, she was forced to resign. She founded NOCIRC that same year, 1985.[1]

Milos, who supports genital autonomy for all children, bases her arguments on the fact that the foreskin is a normal body structure with protective, immunological, and sexual functions, and that every child has an inherent right to bodily integrity and genital autonomy (personal choice).[2][3] She also believes that circumcision of infants should be seen as a human rights issue:

Milos serves on the Board of Directors of Intact America.

Milos was chosen "Intactivist of the Month" by Intact America.