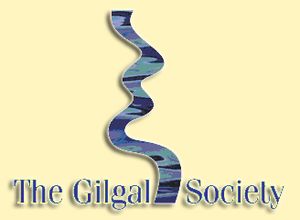 Logo is a smoke trail from burning foreskins (biblical).

The Gilgal Society (headed by Quaintance) is a UK-based not-for-profit organization administered by Quaintance.[19] Gilgal is Hebrew for "hill of foreskins."[20]

Groups such as the Gilgal Society, the Acorn Society, and the Cutting Club openly admit to a morbid fascination with circumcision to the point of sado-masochistic fetish. These groups advertise that doctors are among their members.[17]

Some Members and Associates of Gilgal include Bertran Auvert, Robert C. Bailey, Stefan A. Bailis, Xavier Castellsagué, Mike Cormier, Guy Cox, Ilene Gelbaum, Daniel Halperin, Dawn Harvey, Sam Kunin, Brian J. Morris, Edgar J. Schoen, Roger Short, Howard J. Stang, Jake H. Waskett, Helen Weiss, Robin Willcourt, and Thomas E. Wiswell.[21] A quick search for these names in PubMed reveals that many of these are the most common researchers and editors of the latest circumcision to prevent HIV research, which is being funded the American government, and the World Bank.

image from a Gilgal Society webpage.[23]

Gilgal offers a circumcision VHS tape that you can order from their website. It is "unlabelled to allow your own discretion on labeling".[23] Quaintance has additionally been caught by local officials with at least 3 VHS tapes that include 7-9 hours of child pornography.[6]

The Circumcision Helpdesk website is also owned by Vernon Quaintance since 2003, and now contains the information previously presented by the Gilgal Society.

Arrests for child pornography and sexual offences against children 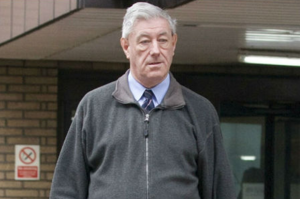 Quaintance at the courthouse, after getting caught with 7-9 hours of child pornography.[24]

Police raided Quaintance's home in Henley Gardens, Upper Norwood, after receiving a tip-off.[6] The wiki page you are currently reading on IntactiWiki may have lead to his arrest. [This information needs a citation or reference.] Quaintance was caught with a hoard of child porn, located in a box in his office. They found three video cassettes with nine-hours worth of clips showing boys as young as 11 engaging in sex acts. The videos seized included graphic footage of child abuse ranked at the second-highest level of severity. The children in these tapes were estimated to be between the ages of 11 and 17 years. Quaintance claims to have been celibate for his entire life. Quaintance admitted three counts of possession of indecent photographs of a child.[6]

Judge Nicholas-Loraine Smith told him: "You said you had watched the videos but claimed to have got no sexual enjoyment. I'm afraid I very much doubt that since you retained them." But he said Quaintance's willingness to address his problems meant he could suspend his prison sentence.[6]

Residents in Henley Gardens, where Quaintance is known as the respected head of the local community association, were shocked to hear of his conviction. One neighbour, who did not want to be named, said: "I know he is a very religious man and is committed to the church."[6]

Quaintance was recently given a 40-week suspended sentence for possessing child pornography.[5]

According to a news report in The Tablet, an international Catholic Weekly, "Vernon Quaintance, of Upper Norwood, south-east London, has been charged with one count of indecent assault against a 10-year-old boy in 1966, the same offence against an 11-year-old in 1976, and a single count of sexual assault against a boy aged 11. He is further accused of three counts of inciting a boy aged under 16 to commit an act of gross indecency. Charges against him also include the possession of1,285 indecent images of children."[26]

On July 16th, 2014, Quaintance pleaded guilty to nine sex offences including those against boys as young as 11 he had met in the 1960s and 70s, as follows: five counts of indecency with a child between 1966 and 1976 and four counts of possession of indecent images. An additional count of sexual assault alleged to have taken place in 2011 on a child was left to lie on file.

Judge Anthony Leonard QC adjourned sentencing until September. Quaintance was released on conditional bail, with the requirement to have no unsupervised contact with anyone under 18.[27]

On October 3rd, 2014, Vernon Quaintance was sentenced to two years and four months in prison for targeting young boys and asking them to expose themselves under the pretense of inspecting whether or not they were circumcised. Judge Anthony Leonard QC said Quaintance used his interest in the surgical procedure to look at young boys. The judge took into consideration that this offending had not carried over into Quaintance's later years, and his less than perfect health, to offer some allowance.[28]

Quaintance is a former chairman of Croydon Computer Club, who also started a free computer group for children.[6]

In an online book written by Mike Harper, the author remembers back at 11 years old of a much older Vernon Quaintance (in 1977-1979) pulling young Harper's foreskin back to imitate a circumcised penis while parked in a car. He also remembers Quaintance telling a circumcision joke, and an attempt to show young Harper Quaintance's penis.[7]

Work in the church 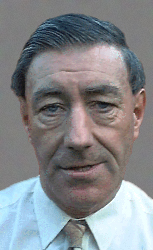 Quaintance was employed as a sacristan and server for the Order of Malta's Mass (Roman Catholicism).[5] Quaintance has been involved in children's church activities since—at least—the 1970's (when Quaintance was in his 30's).[7]

In April of 2012—after learning of Quaintance's pedophilic nature—there was a mass walkout of the Order’s governing council, which has its headquarters in St John’s Wood, North London, from where it directs its charitable undertakings. Nine members, including Lord Guthrie, the former Chief of the Defence Staff, who is the vice-president, have resigned.[5]

Three members of the Order of Malta, known as knights, have been banned from entering the church of St John and Elizabeth in North London. Many resigned because they are unhappy to find that Vernon Quaintance is a pedophile; these include retail heir Mark Brenninkmeijer, City fund manager Stephen Macklow-Smith, upmarket chocolate retailer Nick Crean, society party organiser Peregrine Armstrong-Jones’ wife Caroline, publishing heir Adam Macmillan’s ex-wife, Sarah, the Duke of Norfolk’s cousin, Richard Fitzalan-Howard, financier Count Nicolas Reuttner and the organisation’s former hospitaller Tim Orchard. One knight said "What we objected to was that the three members of the Order’s senior body, the Grand Priory, who should have known about this man’s background, did nothing."[5]

As a result, the Archbishop of Westminster, Vincent Nichols, the head of the Catholic Church in England, is considering banning the Order from using the church altogether.[5]

Some of Quaintance's photography can be viewed here, from his own website.[30] 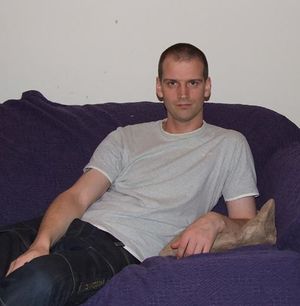 Jake H. Waskett, a close friend of Vernon Quaintance, and a fellow member of Circlist.

Jake H. Waskett — the number one Wikipedia editor on all articles related to circumcision[31] — wrote a thank you letter to Quaintance in 2003 after obtaining his fantasy of becoming circumcised.[32] Waskett has said he is good friends with Quaintance.  [This information needs a citation or reference.] 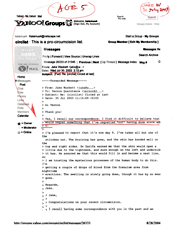 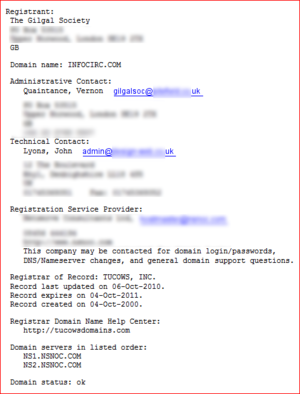 infocirc.com is also registered to Vernon Quaintance on behalf of The Gilgal Society. According to the main page "The International Circumcision Information Reference Centre is sponsored by The Gilgal Society"[37] 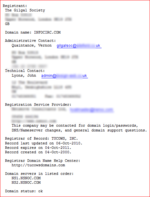