Non-therapeutic circumcision is seen as a rite of passage in many African tribal traditions.[3][4][5][6][7] In some African societies, a man who has not been circumcised is seen as a child, and unfit to take on the duties of a "man" (IE, someone who has been circumcised), such as positions of office and authority.

Boys and men are circumcised at different ages depending on the African society. Practices obviously vary. Among the Ehing of Senegal, the major idea of the ritual is to "spill sexual blood," and with the very young just the tip of the skin is considered sufficient for them to have entered the initiation. Children whose wounds have closed too completely were subjected to repeat operations, with the second cutting being much more extensive.[3] Among the Gisu of Uganda, only youths aged eighteen to twenty-four are eligible for circumcision, which is perceived as a crucial test of masculine bravery and endurance. The youth must stand absolutely still while first their foreskins are being cut and then stripped from around the glans penis. They are required to display total fortitude under the knife, betraying no signs of fear, not even involuntary twitching or blinking. The Gisu describe the pain as "fierce, bitter, and terrifying."[4]

Subincision is practiced by native Australians. This involves slitting open the underside of the penis, revealing the urethra. The wound may be reopened and extended to cause renewed bloodletting, making this possibly the most dramatic of all male genital mutilations.[8][9] The incidence of circumcision in Australia has declined to about 4 percent of newborn boys. Intact males have been in the ever-increasing majority for many years.

The native Maori people of New Zealand do not circumcise. The European population of New Zealand formerly practiced non-therapeutic circumcision of boys but that practice has been generally abandoned. The Pacific island minority practice dorsal slit, which is part of their culture.[10] 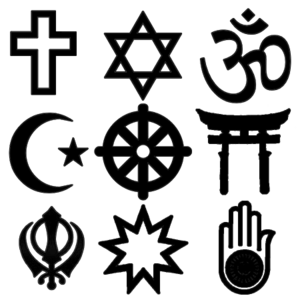 Of all of the commandments in Judaism, the brit milah (literally, Covenant of Circumcision) is probably the one most universally observed. It is commonly referred to as a bris (covenant, using the Ashkenazic pronunciation). Even the most secular of Jews, who observe no other part of Judaism, almost always observes this tradition.[13]

Halacha provides for the ceremony of hatifat dam berit (shedding of a token drop of blood) for babies who can not be circumcised due to health reasons. This is deemed to be completely valid in marking the Covenant. [14]

Modern Jewish scholars have found that circumcision is not even mentioned in the earliest, “J”, version of Genesis nor the next three rewrites by other authors. Most importantly, the story of Abraham is there in its entirety, except the part about the Covenant being “sealed” with circumcision. So do not be afraid of divine punishment. God did not mandate circumcision.[14]

Further, being circumcised is not a condition of being Jewish. Girls do not need to be circumcised to receive the gifts of covenant, i.e., receiving bat-mitzva. A boy is considered to be Jewish if his mother is Jewish from the moment he is born. In fact:

The Christian Fathers considered the question of circumcision at the Council at Jerusalem in 49 A. D. Guided by the Holy Spirit, they omitted circumcision from the list of requirements to be Christian.[15]

The Roman Catholic church condemned the practice formally and ordered against its practice in the Ecumenical Council of Basel-Florence in 1442.[17]

The New Testament has many passages that are quite anti-circumcision.[18]

The Christian Bible contains two sections. The first section, called the Old Testament was originally written in Hebrew. It was the Jewish Bible and contains passages that may favor circumcision. This requirement has been abolished for Christians by the New Testament. The second section, called the "New Testament", is the Christian addition to the Holy Bible. It contains the correct information for Christians. Some new or ill-informed Christians may be confused by the differences in the two sections.

Although circumcision is never mentioned in the Qur'an, male circumcision is deeply rooted in the Muslim tradition. Muhammad is reported to have prescribed cutting the foreskin as a fitrah, a measure of personal cleanliness. Modern Muslims see circumcision as essential to their faith, although they have also come to lean on arguments of "medical benefits." A conference of Islamic scholars in 1987 stated that modern circumcision studies “[reflect] the wisdom of the Islamic statements”.[19]

The prophet Ibrahim (Abraham) is not circumcised in the Qur'an, or if he is, no mention is ever made in the 67 times that his name is written. A covenant sealed with circumcision is also never mentioned.[20] Despite never being mentioned in the Qur'an, it is still widely practiced among followers of Islam in the Middle East, North Africa, and Southeast Asia, who interpret it as an Islamic ceremony.[21] The Muslim code of religious law (AKA Shariah) recommends performance of circumcision at the age of seven days. In practice, however, Muslim boys are circumcised at varying ages before puberty.[22][23][24][25] According to Genesis 17, Abraham circumcised Ishmael, who is supposed to be the the ancestor of Arab peoples, at the age thirteen, which is why this age is generally taken as the latest acceptable date.

Finally, according to the Qur'an, circumcision may be seen as an act of evil: "(Satan said), 'I will lead them (mankind) astray and fill them with false hopes. I will command them and they will cut off cattle's ears. I will command them and they will change Allah's creation.' Anyone who takes Satan as his protector in place of Allah has clearly lost everything. He makes promises to them and fills them with false hopes. But what Satan promises them is nothing but delusion." (Qur'an 4:119-120) [20]