Foreskin restoration is achieved by the principle of tissue expansion, which consists on applying tension to areas of tissue in order to stimulate cellular mitosis. Sustained tension over periods of time, repeated daily for a long period of time, results in permanent enlargement of the existing tissue.

Foreskin restoration uses different methods to induce tension on the existing penile skin and mucosa, in order to enlarge those areas, to obtain tissue that looks like and in some ways behaves just like a real foreskin.

Foreskin restoration cannot restore those areas that were completely removed by circumcision, such as the ridged band or the frenulum (in the cases where it was removed completely).

Foreskin restoration alleviates tight erections and restores the mobility of the skin.

Each method and each device places different kind of stress on the penile tissue. A common principle is to avoid pain. The stronger the tension, the less time it should be applied.

There are 3 main methods use by foreskin restorers to measure the amount of foreskin they have. These indexes are at best approximations. There are two types of penises, growers and showers. The grower type changes size very substantially from flaccid to erect, while the shower type only changes size slightly, so the change from flaccid appearance to erect appearance varies.

The Coverage Index is based on the amount of foreskin coverage a penis has. It's a number between 1 an 10. It uses one set of flaccid photos and a set of erect photos. Restorers often use numbers outside the scale to describe their state, such as CI0 (someone with a very tight circumcision), or CI2.5 (between the photos in CI2 and CI3)

Forced erect coverage is a measurement obtained by producing an erection, forcing as much skin as possible over the glans, and comparing that number to the length of the glans. The result is a percentage, which can be negative (no coverage at all), or it can be a number smaller than 100% (some coverage), or greater than 100% (full coverage and some overhang).

Until full flaccid coverage is achieved, there won't be enough skin to cover the complete flaccid penis. Attempting to pull the skin over the glans to cover the penis completely will result in pushing the internal part of the penis (corpus cavernosum, corpus spongiosum) towards the inside of the body, making the penis look shorter.

Gary M. Griffin in Decircumcision: foreskin restoration, methods and circumcision practices described a table which uses this as a way of tracking progress. As more skin is grown, the covered penis will look larger, until it achieves the full flaccid length.

The restorer then should measure his full extended flaccid penis without any coverage, and use that measure as a baseline. Then, periodically pull the skin over the glans to cover the full penis and measure the length. When this measurement coincides with the baseline measurement, full flaccid coverage has been achieved. 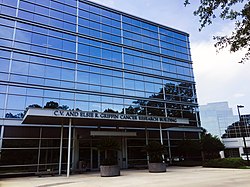 Photographs should be taken periodically. Once restoration is undergoing, the penis may look different depending on temperature, clothing, position, etc, so it is important to seek similar conditions for the photographic record. For consistency, it is recommended to take the photographs under similar conditions (same time of the day, 30 minutes after a warm shower, same place, camera in same location, similar light conditions).

Many variations of these methods can be used with devices made from common household items that can be purchased at the supermarket, the pharmacy, the hardware store or the auto part. Sockets, o rings, film canisters, milk bottle nipples, tuba mouth pieces, round bearings, plastic funnels, medical tape, aquarium silicone are some of the items used by restorers to make their own devices, which depending on the configuration can work with inflation, as a tugger (with a strap or elastic), as weights, as retainers, etc.

These can be used as weights, generally with medical tape.

The lists of the following devices (in alphabetical order) do not claim to be complete. More content will be added gradually.

No longer in production

Some surgeries can be performed to correct some defects caused by circumcision or to improve the appearance of the restored foreskin.